Painting: The Quest for Self

Ever since she was a little girl, Sandra intuitively saw painting as a hyphen between her inner world and reality. She taught herself to observe, feel, and understand what is visible in order to internalize it and analyze it and then create realistic images that can sometimes feel like actual photographs. 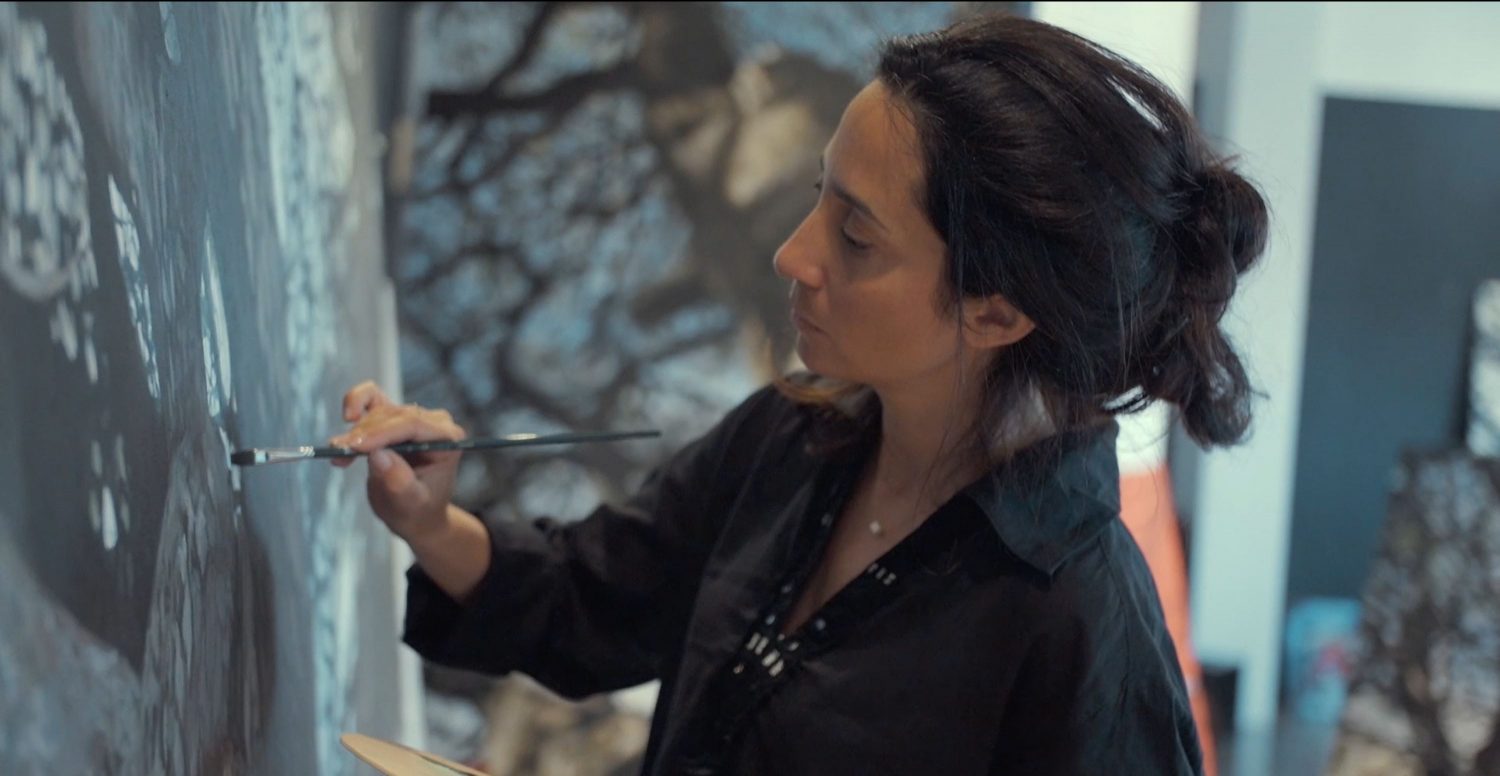 As a teenager, she took drawing and painting lessons in workshops where she had the chance to meet Lebanese painting masters, Paul Guiragossian and Samir Tabet, who would mark and encourage her to pursue her passion. At the Académie de la Grande Chaumière, she tirelessly trained herself to grasp the anatomy of the human body which had fascinated her for so long.

This attraction for human forms, expressed through shadows and curves that emerge and die on paper, fills her paintings, particularly her portraits, with emotions. Humans have since become and remain to this day one of her favorite themes.

She studied Interior Architecture and Design at the Lebanese Academy of Fine Arts (ALBA) in Beirut, where she excelled and out of which she emerged with a conviction: Creativity is a free essence that would allow her to abolish academic boundaries between interior and exterior design, object design, and even plastic arts.

Decidedly multidisciplinary, Sandra was invited to teach Interior Architecture at ALBA. In 2009, she launched in Beirut, in the industrial city of Bauchrieh, her Architecture and Design studio, a space where she exhibits her furniture and paintings, creations she makes with as much vigor as she puts into her other residential projects: buildings, hotels, officers, wooden chalets.

What does characterize the works of Sandra Kheir Sahyoun? A compelling need to inspire a cultural dimension that reflects her Eastern identity.

For her first exhibition in 2006 at Robert Mouawad Private Museum, Beirut, she painted around forty portraits drawn and photographed during her travels in Yemen, India and Nepal. So many faces that told the poignant stories of their country and their culture.

Little by little, she began to realize that she was looking for her own Lebanese identity, hitherto torn between East and West. Therefore, she began to paint men and women dressed in western wear, deliberately drowned in a background of arabesques. She explored contrasts and mixed between realistic and abstract techniques inspired by geometric patterns and Arabic calligraphy.

Further echoing this cultural mix, she participated in numerous exhibitions in Beirut, Paris, and Vienna where she exhibited her painting in galleries (Kunstraum Gallery - Avatar Gallery), Raiffeisen Bank’s central hall, the parliament, as well as the Vienna City Hall (Rathaus).

… to better find oneself

In 2014, during a walk in a cedar forest in Lebanon, she found herself seized with emotion, feeling the energy that emerges from these gigantic millennia trees. That is how she discovered, in some form of revelation, the answer to all her identity questions. After this moving experience, she embarks on the preparation of a painting exhibition titled “The Cedar in Us” with a strong message which she hopes will resonate in the minds of every Lebanese: that cedar is not just a symbol fixed in the center of a flag. It is a living creature, half-god half-tree, who breathes "in each of us, reminding us of our roots and giving us wings".

We use cookies to ensure that we give you the best experience on our website. If you continue to use this site we will assume that you are happy with it.Accept